Tourism Development Corporation of Punjab is known as a trend setter. To continue its legacy, the TDCP now introduces a new form of tourism, “Agri-Tourism”. Present Government took every measure to promote tourism in the country. Punjab Tourism take initiative and introduce Agri-Tourism for the
attraction of tourists and the local community and also for the knowledge of agriculture for the new generation. In this regard, TDCP held Orange Festival
at Kot Momin, Sargodha to introduce / promote Agri-Tourism in the province of Punjab. Talk to the media, on the occasion, the Minister for Tourism, Raja Yasir Humayan Sarfraz said that the promotion of tourism is one of the main agenda of present government and with the promotion of tourism there are a lot of opportunities of jobs and business. He added, the tourism is the one of the vibrant industry to bring the foreign exchange in the country. The Minister also appreciates the effort of TDCP to arranged Orange Festival. Minister also announced that every month a festival will be held to promote the Agri-Tourism in the province. A large number of people from all walk of the life attended the Orange Festival and besides eating the Oranges, they enjoyed the different traditional and cultural food dishes of Punjab at the different stalls held in the festival for the tourists and peoples.

For pictures of the event please visit our album 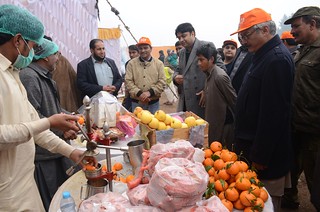 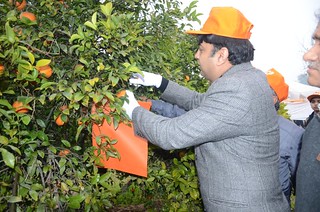 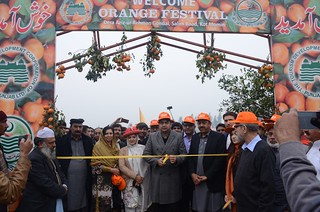